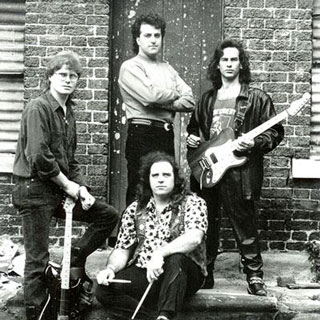 That’s Right! were a Sydney based Rock band who formed when members of cover band Shanghai became unhappy with the direction the band was taking. Realizing they had a common interest in doing original songs and wanting to take it into a rockier feel they recruited a new guitarist and after a few rehearsals started gigging early 1992.

Unfortunately the bass player had to leave due to work commitments so another one was brought in but he too soon left. And to make matters worse around this time the lead singer was having second thoughts. Wanting to get back to his first love, Country music he left and returned to Victoria.

This all took place in the first 12 months so things weren’t looking too good until the 3rd line-up solidified the new sound and direction. Also, at this time the band became a 4 piece no longer having a front man. The band started to gig early 1993 at such venues as Clovelly RSL, Bexley North Hotel and Mick Maulins – Sans Souci to name just a few.

Demos were recorded at Hampton Coarse Studios – Kogarah and two of these were used for videos and can be viewed on You Tube.

Unfortunately the band called it a day late 1994 but they packed in quite a lot for its short history.

About the author: I’ve been playing drums and singing in bands since 1973 and still going …… strong!! Now playing in Sydney covers/party band Mad Cow http://www.madcowtheband.com.au
0 comments… add one