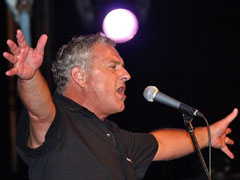 There is a great line over at Ross Wilson’s home page that says he “is probably the only person in Australian rock music who can’t make a comeback simply because he’s never been away” and that’s true. It isn’t really a surprise though, as he is one of the finest musicians/ songwriters/ producers/ performers that… Read more I was blown away last night to see Stevie Wright on This Is Your Life. During the late Eighties I worked for a while as Stevies live sound engineer, alongside my brother Brett on monitors and My Pal Brian ™ on lights, and I have wonderful memories of some great gigs as well as some downright… Read more